An Appendix to The Discipline of Organizing 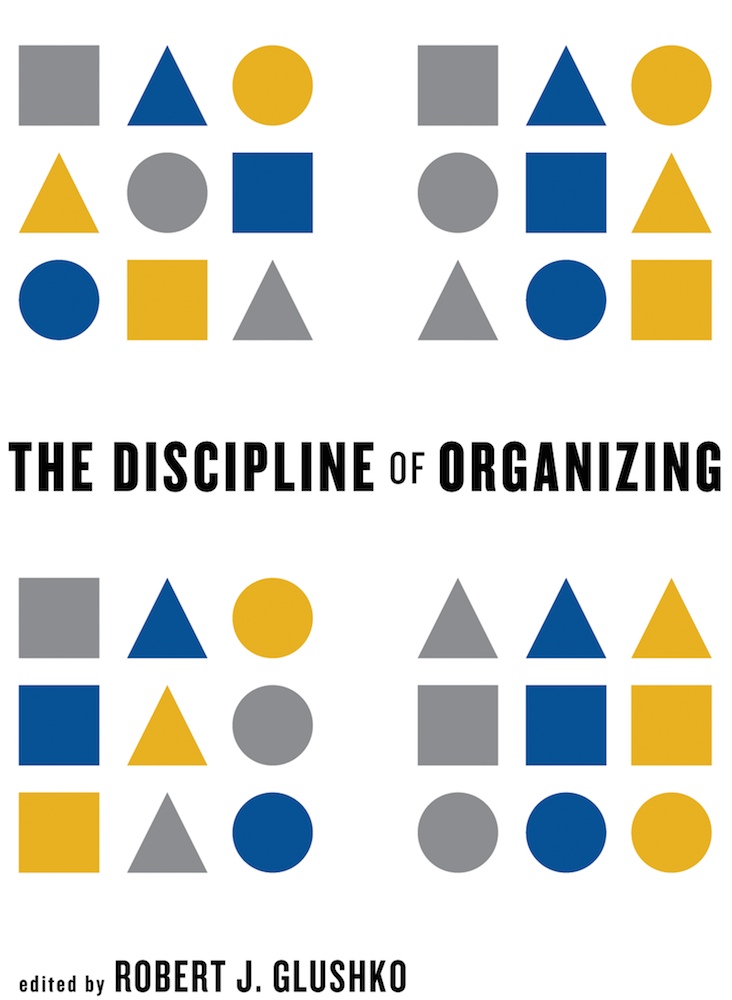 The cover is An Intentional Arrangement by Jen Wang. The cover font is HTF Knockout.

The authors created textual content using various versions of Microsoft Word. The editors managed, organized and massaged the content in Word files using the DropBox cloud. Those Word documents were then sent out for transformation into DocBook representations using scripts and hand editing. Then the DocBook files were encoded with extensive semantic tagging and hypertext relationships, including bibliographic and index references, and transclusion of content from the chapters into the quizzes and glossary. The editors used vi, oXygen XML Editor, XML Spy and XMetaL word processors on OS X and Windows platforms.

The content of the printed book, as well as the third and fourth edition PDF, is presented using OpenType DejaVu fonts. The text font is DejaVuSerif; the heading font is DejaVuSans. The monospaced font used for code samples and literal text is DejaVuMono. The condensed font used in the index is DejaVuSerifCondensed; some labels use DejaVuSansCondensed. A small number of characters require a Unicode font to represent them; the Unicode font used for print and PDF versions of this book is Adobe Song Standard. Emphasis is presented in bold, italic, or oblique variants of the corresponding font families.

The PDF manifestation of the third and fourth editions of The Discipline of Organizing were built in oXygen using customized XSLT scripts to profile and transform the DocBook5 files into XHTML5 files, which are then processed using CSS and the Antenna House Formatter V6 to produce an accessible paginated Portable Document Format document. The first printed edition of The Discipline of Organizing was built with Altas from O’Reilly Media.

The Discipline of Organizing: 4th Professional Edition by Murray Maloney is licensed under a Creative Commons Attribution-NonCommercial 4.0 International License, except where otherwise noted.