This chapter builds upon the foundational concepts introduced in Foundations for Organizing Systems to explain more carefully what we mean by resource. In particular, we focus on the issue of identity—what will be treated as a separate resource—and discuss the issues and principles we need to consider when we give each resource a name or identifier.

In “Four Distinctions about Resources” we introduce four distinctions we can make when we discuss resources: domain, format, agency, and focus. In “Resource Identity” we apply these distinctions as we discuss how resource identity is determined for physical resources, bibliographic resources, resources in information systems, as well as for active resources and smart things. “Naming Resources” then tackles the problems and principles for naming: once we have identified resources, how do we name and distinguish them? Finally, “Resources over Time” considers issues that emerge with respect to resources over time.

What Is a Resource?

Resources are what we organize.

We introduced the concept of resource in “The Concept of “Resource”” with its ordinary sense of “anything of value that can support goal-oriented activity” and emphasized that a group of resources can be treated as a collection in an organizing system. And what do we mean by “anything of value,” exactly? It might seem that the question of identity, of what a single resource is, should not be hard to answer. After all, we live in a world of resources, and finding, selecting, describing, arranging, and referring to them are everyday activities. And while human resources are not a primary focus of this book, it would be remiss not to explain why it makes sense to think of people that way. See the sidebar, People as Resources.

Nevertheless, even when the resources we are dealing with are tangible things, how we go about organizing them is not always obvious, or at least not obvious to each of us in the same way at all times. Not everyone thinks of them in the same way. Recognizing something in the sense of perceiving it as a tangible thing is only the first step toward being able to organize it and other resources like it. Which properties garner our attention, and which we use in organizing depends on our experiences, purposes, and context.

We add information to a resource when we name it or describe it; it then becomes more than “it.” We can describe the same resource in many different ways. At various times we can consider any given resource to be one of many members of a broad category, as one of the few members of a narrow category, or as a unique instance of a category with only one member. For example, we might recognize something as a piece of clothing, as a sock, or as the specific dirty sock with the hole worn in the heel from yesterday’s long hike.

However, even after we categorize something, we might not be careful how we talk about it; we often refer to two objects as “the same thing” when what we mean is that they are “the same type of thing.” Indeed, we could debate whether a category with only one possible member is really a category, because it blurs an important distinction between particular items or instances and the class or type to which they belong.

The issues that matter and the decisions we need to make about resource instances and resource classes and types are not completely separable. Nevertheless, we will strive to focus on the former ones in this chapter and the latter ones in Categorization: Describing Resource Classes and Types.

As tricky as it can be to decide what a resource is when you are dealing with single objects, it is even more challenging when the resources are objects or systems composed of other parts. In these cases, we must focus on the entirety of the object or system and treat it as a resource, treat its constituent parts as resources, and deal with the relationships between the parts and the whole, as we do with engineering drawings and assembly procedures.

How Many Things is a Chess Set? 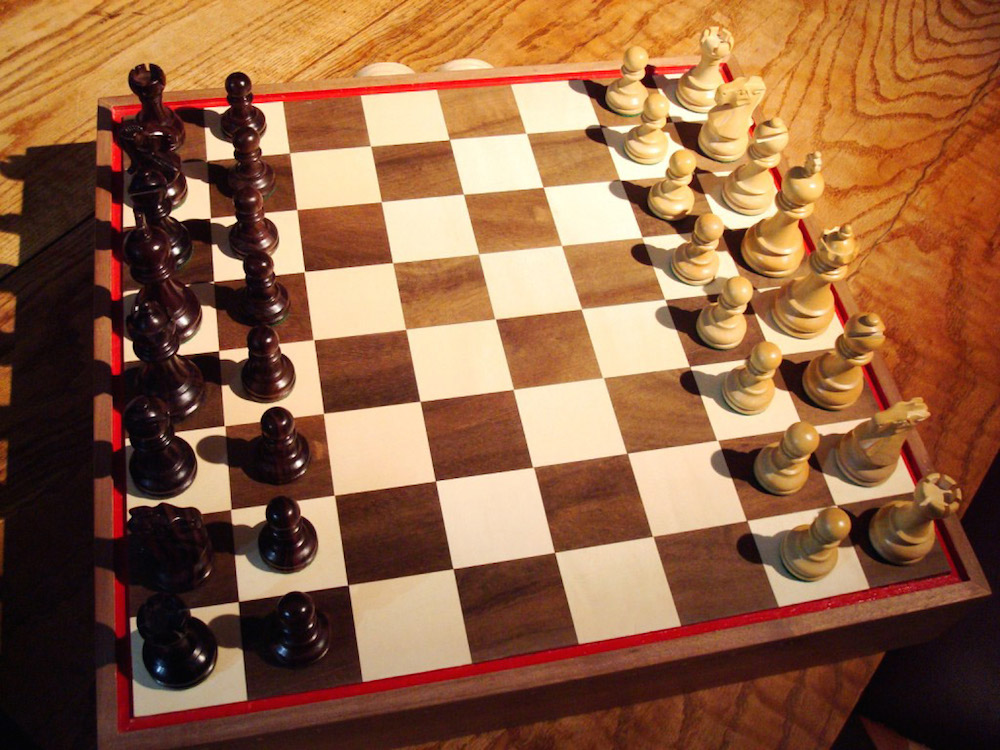 A chess set exemplifies the many different ways to decide what to count as a separate resource. Is this a chess set, two sets of chess pieces, six types of chess pieces (1 king, 1 queen, 2 rooks, 2 bishops, 2 knights, 8 pawns for each side), or 33 separate things (the 32 pieces and a board on which to play the game)?

How many things is a car? If you are imagining the car being assembled you might think of several dozen large parts like the frame, suspension, drive train, gas tank, brakes, engine, exhaust system, passenger compartment, doors, and other pre-assembled components. Of course, each of those components is itself made up of many parts—think of the engine, or even just the radio. Some sources have counted ten or fifteen thousand parts in the average car, but even at that precise granularity a lot of parts are still complex things. There are screws and wires and fasteners and on and on; really too many to count.

Ambiguity about the number of parts in the whole holds for information resources too; a newspaper can be considered a single resource but it might also consist of multiple sections, each of which contains separate stories, each of which has many paragraphs, and so on. Similarly, while a web page can be treated as a single resource, it can also be considered as a collection of more granular parts, each of which can be separately identified as the source or anchor of a link. Likewise, a bank’s credit card application might ask about outstanding loans, payment history, current income, and other information, or the bank might just look up your credit score, which is a statistical index that combines this financial information into a single number.

Another question about resource that is especially critical in libraries is: What set of resources should be treated as the same work because they contain essentially similar intellectual or artistic content? We may talk about Shakespeare’s play Macbeth, but what is this thing we call “Macbeth”? Is it a particular string of words, saved in a computer file or handwritten upon a folio? Is it the collection of words printed with some predetermined font and pagination? Are all the editions and printings of these words the same Macbeth? How should we organize the numerous live and recorded performances of plays and movies that share the Macbeth name? What about creations based on or inspired by Macbeth that do not share the title “Macbeth,” like the Kurosawa film “Kumonosu-jo” (Throne of Blood) that transposes the plot to feudal Japan? Patrick Wilson proposed a genealogical analogy, characterizing a work as “a group or family of texts,” with the idea that a creation like Shakespeare’s Macbeth is the “ancestor of later members of the family.”[1]

Information system designers and architects face analogous design challenges when they describe the information components in business or scientific organizing systems. Information content is intrinsically merged or confounded with structure and presentation whenever it is used in a specific instance and context. From a logical perspective, an order form contains information components for ITEM, CUSTOMER NAME, ADDRESS, and PAYMENT INFORMATION, but the arrangement of these components, their type font and size, and other non-semantic properties can vary a great deal in different order forms and even across a single information system that re-purposes these components for letters, delivery notices, mailing labels, and database entries.[2]

Similar questions about resource identity are posed by the emergence of ubiquitous or pervasive computing, in which information processing capability and connectivity are embedded into physical objects, in devices like smart phones, and in the surrounding environment. Equipped with sensors, radio-frequency identification (RFID) tags, GPS data, and user-contributed metadata, these smart things create a jumbled torrent of information about location and other properties that must be sorted into identified streams and then matched or associated with the original resource.

“Resource Identity” discusses the issues and methods for determining “what is a resource?” for physical resources, as well as for the bibliographic resources, information components and smart things discussed here, in “Resources with Parts”.

The answer to the question posed in “What Is a Resource?” has two parts.

These problems are closely related. Once you have decided what to treat as a resource, you create a name or an identifier so that you can refer to it reliably. A name is a label for a resource that is used to distinguish one from another. An identifier is a special kind of name assigned in a controlled manner and governed by rules that define possible values and naming conventions. For a digital resource, its identifier serves as the input to the system or function that determines its location so it can be retrieved, a process called resolving the identifier or resolution.

Choosing names and identifiers—be it for a person, a service, a place, a trend, a work, a document, a concept, etc.—is often challenging and highly contentious. Naming is made difficult by countless factors, including the audience that will need to access, share, and use the names, the limitations of language, institutional politics, and personal and cultural biases.

A common complication arises when a resource has more than one name or identifier. When something has more than one name each of the multiple names is a synonym or alias. A particular physical instance of a book might be called a hardcover or paperback or simply a text. George Furnas and his research collaborators called this issue of multiple names for the same resource or concept the vocabulary problem.[3]

Whether we call it a book or a text, the resource will usually have a Library of Congress catalog number as well as an ISBN as an identifier. When the book is in a carton of books being shipped from the publisher to a bookstore or library, that carton will have a bar-coded tracking number assigned by the delivery service, and a manifest or receipt document created by the publisher whose identifier associates the shipment with the customer. Each of these identifiers is unique with respect to some established scope or context.

A partial solution to the vocabulary problem is to use a controlled vocabulary. We can impose rules that standardize the way in which names and labels for resources are assigned in the first place. Alternatively, we can define mappings from terms used in our natural language to the authoritative or controlled terms. However, vocabulary control cannot remove all ambiguity. Even if a passport or national identity system requires authoritative full names rather than nicknames, there could easily be more than one Robert John Smith in the system.

Controlling the language used for a particular purpose raises other questions: Who writes and enforces these rules? What happens when organizing systems that follow different rules get compared, combined, or otherwise brought together in contexts different from those for which they were originally intended?