Intentional arrangement emphasizes explicit or implicit acts of organization by people, or by computational processes acting as proxies for, or as implementations of, human intentionality. Intentional arrangement is easiest to see in Organizing Systems created by individual people who can make all the necessary decisions about organizing their own resources. It is also easy to see in Organizing Systems created by institutions like libraries, museums, businesses, and governments where the responsibility and authority to organize is centralized and explicit in policies, laws, or regulations.

However, top-down intentionality is not always necessary to create an Organizing system. Organization can emerge over time via collective behavior in situations without central control when decisions made by individuals, each acting intentionally, create traces, records, or other information that accumulates over time. Organizing systems that use bottom-up rather than top-down mechanisms are sometimes called self-organizing, because they emerge from the aggregated interactions of actors with resources or with each other. Self-organizing systems can change their internal structure or their function in response to feedback or changed circumstances.

This definition is broad enough to include business and biological ecosystems, traffic patterns, and open-source software projects. Another good example of emergent organization involves path systems, where people (as well as ants and other animals) can follow and thereby reinforce the paths taken by their predecessors. When highly orderly and optimal arrangements emerge from local interactions among ants, bees, birds, fish, and other animal species, it is often called “swarm intelligence.” When this happens with human ratings for news stories, YouTube videos, restaurants, and other types of digital and physical resources we call it “crowdsourcing.” What the animal and human situations have in common is that information is being communicated between individuals. Sometimes this communication is direct, as when Amazon shows you the average rating for a book or what books have been bought by people like you. At other times the communication is indirect, achieved when the agents modify their environment (as they do when they create paths) and others can respond to these modifications. Adam Smith’s “invisible hand” is another example where individuals collectively generate an outcome they did not directly intend but that arose from their separate self-interested actions as they respond to price signals in the marketplace. Likewise, even though there is no top-down organization, the web as a whole, with its more than a trillion unique pages, is a self-organizing system that at its core follows clear organizing principles.[1][2][3]

The Web as an Organizing System

Today’s web barely resembles the system for distributing scientific and technical reports it was designed to be when physicist and computer scientist Tim Berners-Lee devised it in 1990 at the European Organization for Nuclear Research(CERN) lab near Geneva. However, as an Organizing System the web still follows the principles that Berners-Lee defined at its creation. These include standard data formats and interaction protocols; no need for centralized control of page creation or linking; remote access over the network from anywhere; and the ability to run on a large variety of computers and operating systems. This architecture makes the web open and extensible, but gives it no built-in mechanisms for authority or trust.[4]

Because the web works without any central authority or authorship control, any person or organization can add to it. As a result, even though the web as a whole does not exhibit the centralized intentional arrangement of resources that characterizes many Organizing Systems, we can view it as consisting of millions of Organizing Systems that each embody a separate intentional arrangement of web pages. In addition, we most often interact with the web indirectly by using a search engine, which meets the definition of Organizing System because its indexing and retrieval algorithms are principled.

The requirement for intentional arrangement excludes naturally occurring patterns created by physical or geological processes from being thought of as Organizing Systems. There is information in the piles of debris left after a tornado or tsunami and the strata of the Grand Canyon. But they are not Organizing Systems because the patterns of arrangement were created by deterministic natural forces rather than by agents following one or more organizing principles. On the other hand, collections of geological data like the measurements of chemical composition from different strata and locations in the Grand Canyon are Organizing Systems. Decisions about what to measure, how to combine and analyze the measurements, and any theories that are tested or created, reflect intentional arrangement of the data by the geologist.

Other patterns of resource arrangements are illusions or perceptions that require a particular vantage point. The best examples are patterns of stars as they appear to an observer on Earth. The three precisely aligned stars, often described as “Orion’s belt,” are hundreds of light years from Earth, and also from each other. The perceived arrangement of the stars is undeniable, but the stars are not aligned in the universe. Astronomical constellations like Orion are intentional arrangements imposed on our perceived locations of the stars, and these perceived arrangements and the explanations for them that constellations provide, form an Organizing System that is deeply embedded in human culture and in the practice of celestial navigation over the seas.

Not an Intentional Arrangement 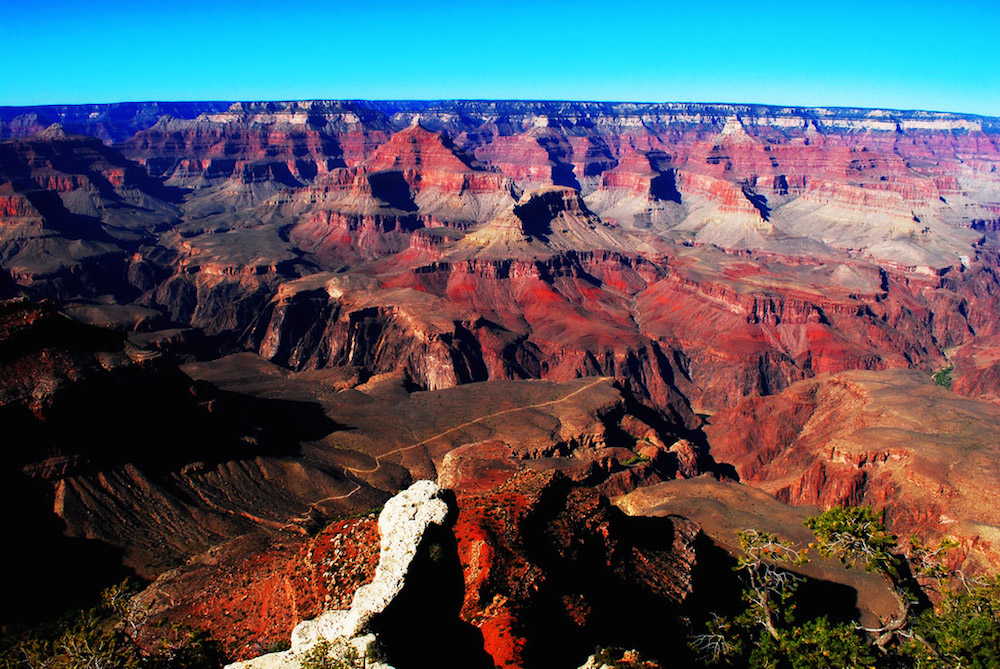